Is System Conversion your approach for S/4HANA Transition?

Companies who are currently using SAP ERP will need to transition to SAP S/4HANA, SAP has announced a 2027 deadline for suspension of SAP ECC services for ECC clients.  There are several approaches available, including brownfield, greenfield, and hybrid deployment for your transformation. You can choose which strategy works the best for your organization’s distinct requirements and goals.

In this writing, we’ll look at the brownfield strategy, what it implies for your business, and what to think about when planning for a migration.

A Brownfield Implementation (System Conversion) provides a risk-free chance to combine the SAP landscape rebuild with a comprehensive consolidation and alignment of all SAP-related business activities.

System conversion is highly preferred instead of new installation since it can be divided into various phases, allowing businesses to maintain a clear perspective of the project scope and continually optimize their project management. Take into account the following activities will simplify your system conversion:

Most conversions can be accomplished in a single step; however, if your system is older than SAP ERP 6.0, you will need to undertake a two-phase procedure. The first step in the two-stage scenario is to upgrade your system to a supported source release. You may then convert it to SAP S/4HANA.

It is critical to recognize that not every system can be converted to SAP S/4HANA as-is since a number of conditions must be satisfied. Read more to find out the variation between the two deployment methodologies either one-step or multiple steps?

A risk mitigation strategy is a must for each company in its system conversion projects. The subsequent precautionary measures help to scale back the danger factor

Meanwhile, looking upon the multi-step conversion, it is increasing the total cost and does not reduce the risk factors that might be raised due to accommodation of a huge amount of data, incompatible third-party applications, old ABAP versions of code, etc. Companies using the SAP versions older than SAP ERP powered by SAP HANA, launched in 2013, have higher benefits of system conversion.

Unlike the businesses which tend to use SAP ERP 6.X versions and EHP 8 upgrading to SAP ERP 6.0 is considered a step towards SAP S/4HANA but not as the transition to S/4HANA. Let’s comparatively detail out the key processes involved in your conversion.

Migrating to SAP ERP with SAP HANA as a backend first companies who used SAP ERP powered by SAP HANA as soon as it was released in 2013 realized the benefits early on and will have a much simpler time transitioning to SAP S/4HANA.

Migrating to SAP ERP powered by SAP HANA followed by a system conversion to SAP S/4HANA would be a near-double effort for organizations currently operating SAP ERP 6.x systems on any database results in greater expenses.

An improvement package update, an SAP NetWeaver technology platform upgrade, and database migration are all part of the shift from SAP ERP 6.x on any database to SAP ERP powered by SAP HANA. An SAP S/4HANA project’s hardware expenditure, possible functional redesign work, testing, and change management are all comparable in the transition.

As previously stated, converting systems with older software release levels may need more work than converting systems that have just been upgraded. However, this has no bearing on the risks associated with your project. As a result, upgrading to SAP improvement package 8 (EHP 8) for SAP ERP 6.0 is hardly a “step towards SAP S/4HANA.”

On the other, if you plan to adopt SAP S/4HANA as early as possible then the related costs may be difficult to justify your transition. SAP has extended the basic SAP Business Suite 7 applications’ mainstream maintenance through the end of 2027, with optional extended maintenance available until the end of 2030.

Regardless of the choice selected, the company code is the only suggested unit for rollouts. From a technical standpoint, rolling out SAP S/4HANA process by process (or module by module) is not impossible, but it is highly difficult and, as a result, SAP does not encourage it. In reality, it leads to difficult-to-maintain interim integration scenarios for even the most experienced IT operations teams.

Kaar Technologies suggests beginning the conversion process by first discussing and deciding on data purification to ensure seamless conversion. This comprises both master data and transactional data cleansing in accordance with the clients’ statutory obligations. Based on this step the entire cycle falls under four main steps: 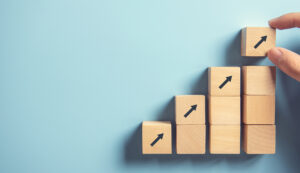 Well to know more about how Kaar Technologies can ease out your system conversion, do get in touch with us!

PrevPreviousData Migration Tools for New Implementation
NextGreenfield or Brownfield? Achieve benefits from both with Selective Data Transition Next